Please wait while the policy is loaded. If it does not load, please click here. Rebel Heroes Food Truck - Hyphenate, LLC

The business was conceived, designed and executed by Hyphenate LLC owner, Tan Nguyen in 2009-2010. The Vietnamese-Cuban Sub, a.k.a “Hero,” food truck became a runaway success with coverage by NPR, The Washington Post, Washingtonian Magazine (Best Of), City Paper, a four-star Yelp rating, and much love from bloggers and customers alike. Rebel Heroes was also featured on TV on the show, “Eat Street” on The Cooking Channel and Food Network. 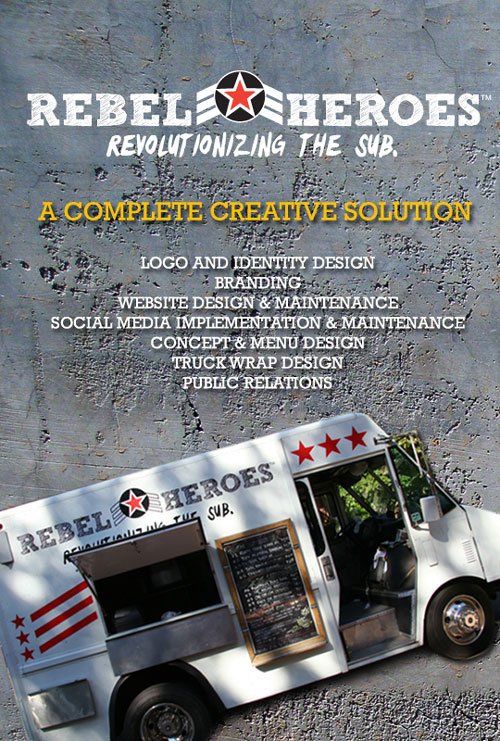 The challenge for Rebel Heroes was to build a fresh brand that would resonate with an audience that may not be familiar with Vietnamese Banh Mi (subs). In 2010, food trucks were still a novelty and not many had hit the streets yet. It was a fresh concept, a fresh menu, a fresh delivery of services–which was a huge challenge.

The idea behind Rebel Heroes combined the delicious flavors of Cuban sandwiches (Cubanos) with the Vietnamese sub (Banh Mi). Both have similar elements and complementary flavors lending to a winning combination of Vietnamese or Cuban pickles and pork. 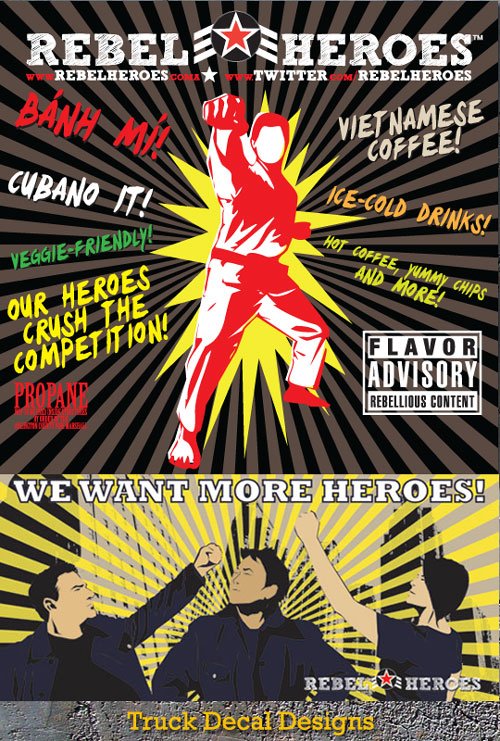 The identity of the brand was built on the “rebelliousness” of the sandwich–breaking all the rules by creating a “sub,” a.k.a. “hero,” that would bust all notions of a sub as being all bun and boring sliced meat like Subway. These subs were made with a kick and ranged from mild to very spicy.

The Vietnamese sandwich (as well as the Cubano) is not widely known by the average American diner so the marketing strategy was to bring the Banh Mi/Cubano to market by emphasizing the word “sub” in advertising and using pictures featuring mouth-watering meats with melted cheese. In addition, we found the sandwiches were delicious pressed as well so we offered that option to lure patrons in and then hooking them with the delicious spices and flavor combinations.

A rebellion is started grassroots and underground and passed along by word of mouth. A non-traditional approach but with careful planning, Rebel Heroes had over 400 fans on facebook before it even opened. We gave away hundreds of sandwiches the first week of opening in order to build excitement and to spread quickly via word of mouth. Needless to say, there were lines and sellout days when we officially opened. 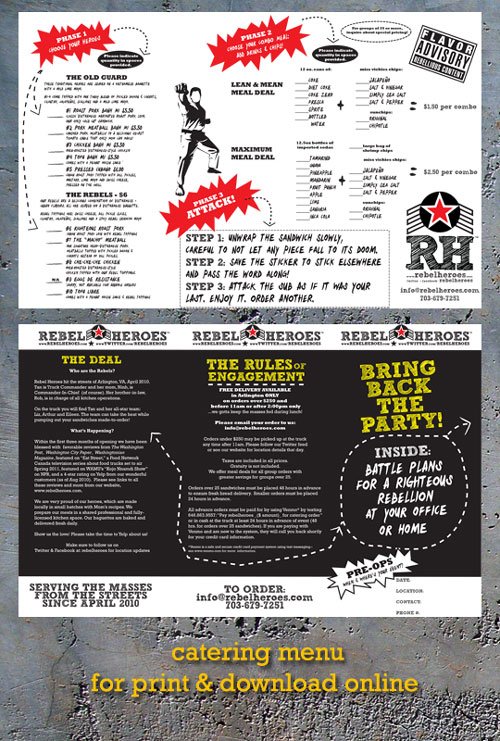 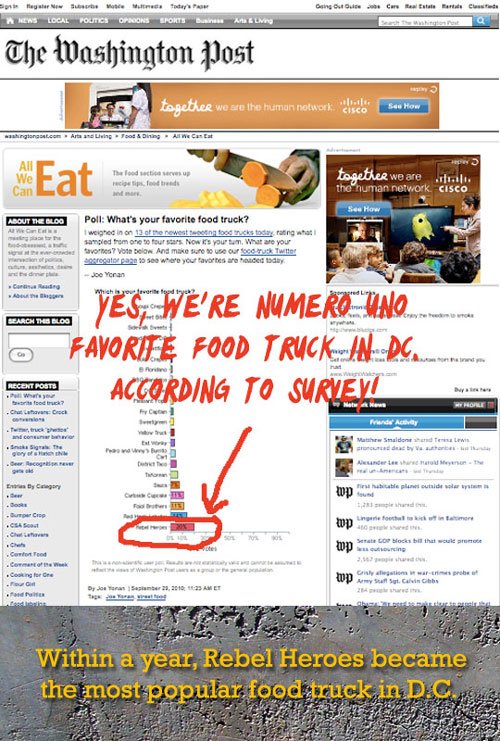 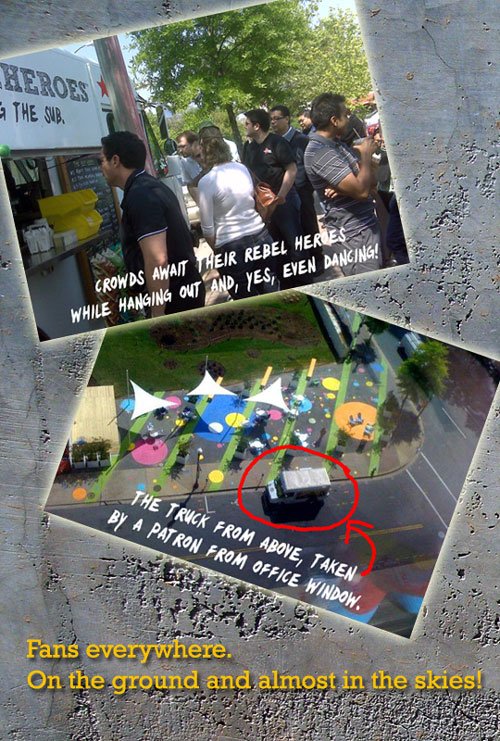 LET’S BUILD TOGETHER!
Tell us about your project

Book a FREE 30 minute consultation.
We will go over your goals and problems that you’re facing and see how we can help you.

We believe in building long-lasting, meaningful and productive relationships and would love to meet you to see if we are a good fit.